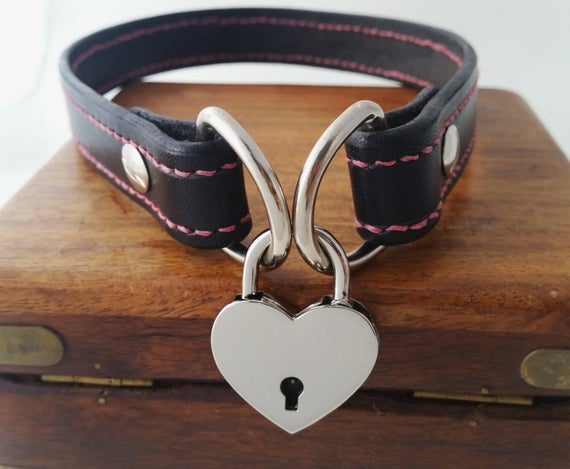 It’s sitting in your dresser drawer. You can’t walk by it without noticing its pull. You remember the way it felt the first time He wrapped it around your throat. It was the perfect combination between tight but not too tight- like His hand was permanently gripping your throat. At the time you wanted nothing more than the intensity of belonging to the One. He made you feel small but safe. He made you feel desired but you still had to work to earn his dominance. Oh, how you worked to earn it.

You crawled on your hands and knees. You gave your flesh until your skin broke. You wore His bruises like they were romantic constellations spread across your body. And now everything you had has been relegated to an existence with the socks you no longer wear.

Where did it go wrong? You ask yourself: Did you gain weight? Did you love him too much? Were you too emotional? He made promises you later found out he had no intention of keeping. How could someone who started out so kind become so cruel? It’s hard not to consider that maybe you’re trash when someone discards you like it.

You start to question other things in your life. You wonder if your friends even care about you. You wonder where your family is. There’s no one to take away the pain and you’re sure it’s going to rot you from the inside out. You drink too much. You smoke too much. You watch too much shitty TV and you eat all the food, but that pain never dulls. It’s still there when you sleep. You see His face, the way his blue eyes glint in the candlelight before He drips wax all over your body. When you wake up you swear you smell Him on your sheets but He hasn’t been in your bed in a month. And that collar is still in your drawer.

If you throw it away are you throwing away a part of you? If it lives forever in your sock drawer are you just walking around with a dead limb hanging from your shoulder? There’s no easy answer because things that are forever never die. But that’s a lie told in movies in fairy tales. Things that are forever end every day. The symbol of an unbreakable bond is often a broken heart. Most things that begin with a smile end in tears.

All you can do is grit your teeth and push on. But you’ve ground them so hard you think they’re close to falling out. You walk past the dresser and open the drawer. You slam it closed. You rip it out and dump the contents on the floor. Crying, you pick up all your socks and return them where they belong. You put the drawer back in its place. And you think I’m going to do something else with that fucking collar. But all you can do is hide it under your socks.

Days go by and it’s like the ghost of Him haunts you. It’s gotten to the point where you’re only wearing sandals so you have no need for socks. You realize how stupid that is. You scream as you snatch the collar and you throw it in the trash but now it’s just sitting there in the garbage. You feel it every time you’re in the kitchen. You tie the bag off and take it out to the bin. But the trash isn’t getting picked up for another five days and you feel the remains of Him all around the house.

It’s 4 AM and you’re crying as you put on latex gloves and find a flashlight. You’re digging through the bin. There’s something sticky on the collar. And now as the sun rises you’re sitting on your living room floor staring at the symbol of someone you used to love. Where do collars go when they die? It’s a question you can’t answer and you’re worried you’re never going to answer it.

You wipe off the stickiness. You’re starving so you put the collar back in your sock drawer. You put on your sandals and you get in your car. The breakfast place near your house has great waffles. The collar will be there when you get home. It may be there forever. It might not make it another day. It’s nearly impossible to let something like that go. When it meant so much it seemed like it was where everything important began and ended. Now it’s just the end.

iThere are no comments

Begin typing your search above and press return to search. Press Esc to cancel.